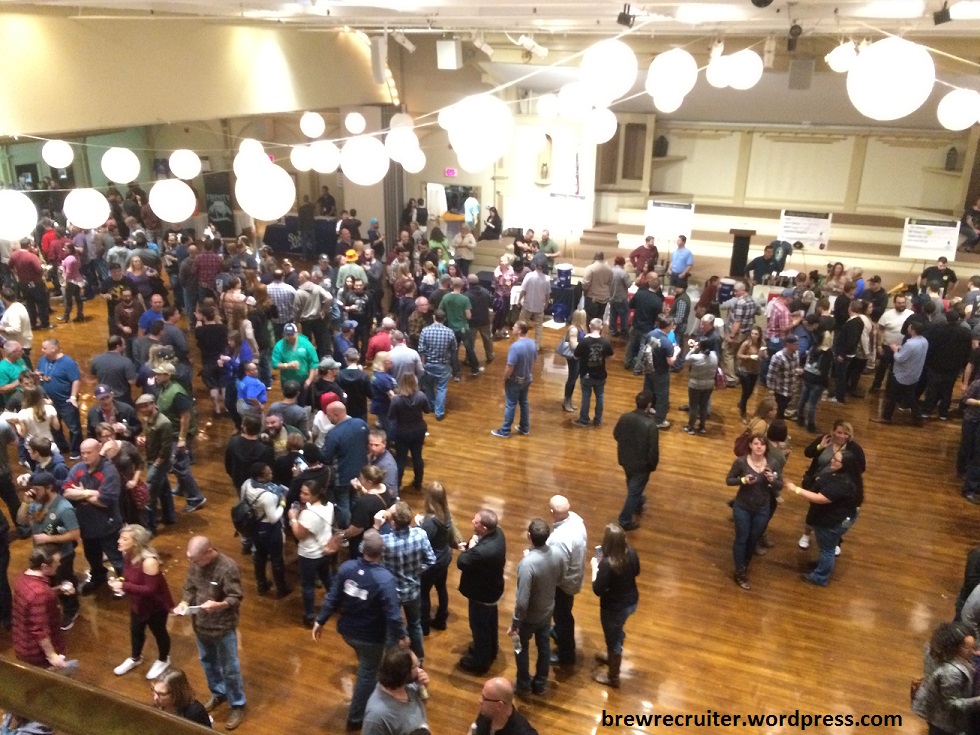 Another Beervana has come and gone, and I think everyone who attended can agree that it went off without a hitch!  The event took place at the Rhodes on the Pawtuxet, and was host to brewers from around the country bringing their best beers to wow the festival goers.  For those of you who are not familiar with the event, Beervana is a beer festival that features (though is not limited to) strong beers, sour beers, hoppy beers, barrel aged beers, and rare beers.  The festival also featured bands, dancing groups, and a guest speaker (this year it was Phil Markowski from Two Roads Brewing Co). 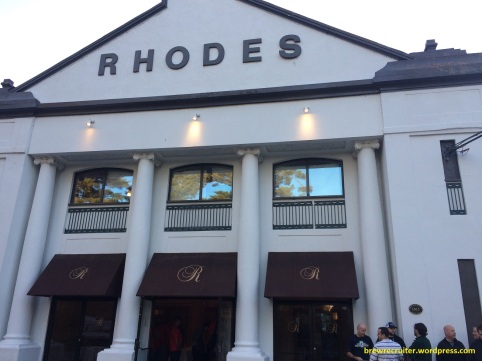 I decided to try and review as much as I reasonably could while still enjoying the festival- which, admittedly so, is a very difficult task when you’re engulfed in a crowd of beer enthusiasts.  But I managed to find an empty table in the balcony area of the building and I decided to, first, showcase one local brewery who killed it at the festival and, second, dissect a rare beer that I have had my eye on for a long time.

At the beginning of this year, Long Live Beerworks opened its doors to the public on the West Side of Providence with a focus on delicious hop-forward ales.  So because they are the new kids on the block, I was interested to see what they would bring to the table at Beervana.  Owner and head brewer, Armando DeDona, brought it strong this year with three offerings to festival-goers: a pale ale with wild yeast, a Double IPA, and a cask conditioned coffee stout with bourbon (all of which fit right in with the rest of the offerings at the festival).

His first beer was a beer called Wyld Cat- a version of his “Black Cat” pale ale (which was one of the brewery’s first beers) that he inoculated with wild yeast.  Truth be told, the beer (to my palate) did not exhibit many of the characteristics that one traditionally finds in wild ales (earthy, sometimes sour, and funky notes), however this was a fantastic beer.  The beer poured a nearly opaque pale gold color, and it smelled like pineapple and mango juice.  The taste of the beer matched the aroma- pineapple and mango, but I also picked up hints of grapefruit as well.  The hop bitterness was firm, but not as intense as an IPA- which made for an extremely crushable beer.  Very well done!

The second beer offered was a Double IPA called Snakes (followed by a hiss from Armando as he poured your beer).  This beer poured a beautiful golden color that was hazy, but not opaque.  There was some fruity aroma, but surprisingly not a ton of dry hop character (dry hops add to the aroma of beer, and is extremely common in IPA’s).  The taste of this beer was on point– it was dank, citrusy, had notes of tropical fruit, and a firm bitter backbone (so that you knew you were drinking a DIPA).  Overall, a really nice Double IPA.  Did I mention that Armando knows what he’s doing with hops?

But in my opinion, I saved the best beer for last- his third offering “Rough Hewn” stole the show.  Rough Hewn was his coffee stout that was cask conditioned with bourbon (boom!).  For those who are not familiar, cask conditioned beers are served warmer- which is great for darker beers because many of their more complex malt characteristics begin to shine as the beer warms up.  This beer poured jet black and opaque with a tan head.  The beer smelled like coffee and smoke, with light bourbon notes in the background.  And to say that this beer was smooth is an understatement.  It was chocolatey with strong notes of coffee and smoke that were not overbearing.  Just as a side note- smoke is one of those characteristics that is extremely easy to overdo in beer (and it can get unpleasant when overdone).  Armando has managed to find a fantastic balance in every beer to which he adds smoke, and this ability is rivaled only by his skill with hops.  The beer finished sweet with the light notes of bourbon to round out the beer.  It’s scary how good this beer was.  If you find yourself on the West Side of Providence, go to Long Live Beerworks.  Considering this is only their first year, they are already producing killer beer!

Now no recap of Beervana would be complete without one review of a “whale” (a rare beer that might require a change of pants for beer nerds).  I was lucky enough to get one of the last pours of Cantillon’s Classic Gueuze (I know I was one of the last because when I went for a second pour, they were all out).  Cantillon is a Belgian Brewery that brews lambic-style beers exclusively.  Gueuze (pronounced goo-z) is a style of sour beer that is traditionally a blend of one, two, and three year-old lambic.  Cantillon’s Gueuze is basically the gold standard for the style, and is also extremely difficult to get (particularly in the United States).  I have been trying to get my hands on this beer for awhile, and now I get to share my experience with you.  Check it out:

This beer pours a crystal clear golden color with a white lacing that persists down the glass as you drink it.

As one would expect with sour beers, I picked up a lot of earthy and grassy notes.  One common characteristic used to describe these types of beers is “barnyard” (sort of part of the “earthy” category…if you’ve been inside a horse stable you might be able to relate).  I also detected some acidity in the aroma which stings the nostrils.

This beer is more than just tart- it’s full on sour.  With my first sip, I get an almost strawberry-like fruitiness to the beer (but way, way more sour than a strawberry).  The beer’s sourness has some inexplicable complexity to it- it’s more than just a lactic-like sourness (think like Orange Juice).  There are just some qualities from the sourness that I cannot put into words.  The yeast gives off some earthy-grassy notes (almost mushroom-like), which I like in my sours (and some other Belgian-style beers for that matter).  There is also a sort of dusty aged quality to the beer (as though it has been lying around a cellar for ages), which sounds negative, but actually adds to the overall complexity of this beer.  This beer is dry as a bone (zero lingering sweetness) and there is no hop character whatsoever from this beer (which is traditional).  Overall, a very complex and great-tasting sour beer!

Maybe I’m just waxing poetic because this beer met the highest expectations that I had for it- but I’m telling you right now that this beer is amazing, and there is a reason that it is the gold standard for sour beers.  The earthy-grassy notes of this beer compliment perfectly with its dusty/aged qualities, and there are no words to describe the complexity of the sourness.  In short- this beer made me happy.  This is the part where I would tell you to go out to your store or bar and get this beer- good luck with that.  It is rare that stores or bars have this beer readily in stock (and only a select few would).  In my opinion, you will likely have better luck going to some of your better craft beer bars, namely the ones that have a beer cellar/beer aging program.  That said, most stores and bars won’t have it (even the better ones).  This beer is not impossible to find, but do your research– only a select few will have it.   This is a prize worth having if you manage to find it.  This beer was the top highlight of my night, and it helped to make Beervana that much better (and the festival gets better every year).  I can’t wait to see what is offered next year, but until then- Cheers!